In case you have been living under a rock this past few months, you know that Sunday wasn’t just J.K. Rowling and Harry Potter’s birthday but also the release of the 8th story of “The Chosen One”, “Harry Potter and The Cursed Child”. (I’m in tears). 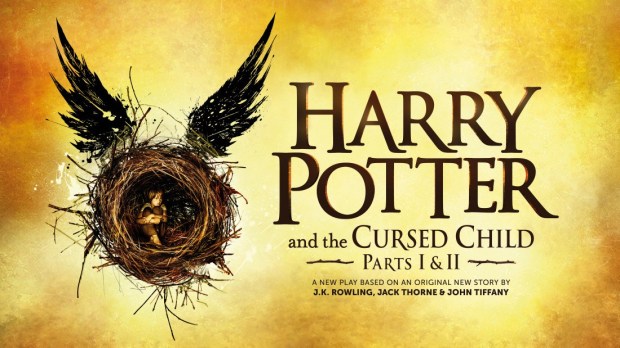 Well, it’s not really a release. Indeed, the story was first performed on stage since beginning of the summer at the Palace Theater in London’s West End. Our favorite trio, lead by Daniel Radcliffe, Emma Watson and Rupert Grint are now played by older actors, Jamie Parker (Harry), Noma Dumezweni (Hermione) and Paul Thornley (Ron). The book is therefore the script of the play that is sold out for now.

This book marks one of the highlights of the summer for me. I was 6 years old when I fell in love with the Wizarding World of Harry Potter and 7 when I first read the book. I still took time to read a novel but J.K. Rowling’s wonderful imagination took me to places that no other books ever did. Until this very day, I cannot even believe that it only took one brain -her brain- to create this world with so many stories and details that goes beyond what anyone could think of.

I just bought the book on my iPad because I’m waiting for the rain to stop before buying an actual physical copy. (Yep, I intend on giving all my money to J.K. Rowling). As soon as I’m finished you’ll get a review.

If you still don’t know what this about, here’s a synopsis:

It was always difficult being Harry Potter and it isn’t much easier now that he is an overworked employee of the Ministry of Magic, a husband and father of three school-age children.

While Harry grapples with a past that refuses to stay where it belongs, his youngest son Albus must struggle with the weight of a family legacy he never wanted. As past and present fuse ominously, both father and son learn the uncomfortable truth: sometimes, darkness comes from unexpected places.

Now what are you waiting for? Go get your copy !

P.S.: This article was written in 10 minutes and under the pressure caused by too much excitment. That might have caused some damage.

2 thoughts on “Harry Potter and The Cursed Child: Do you have your copy ?”

It's heeeeeere!
✨ September 20, 2021✨
Ok, y'all had more than enough time to watch those five episodes of La Casa De Papel. Are you a wreck too?