… And an album ! Today, the swedish Queen of clouds, Tove Lo, dropped her second album, Lady Wood. I woke up at 6am (accidently) and listened to it. Now I have to share ear-gasm to the world.

Tove Lo, for those who don’t know

Tove Lo, born Ebba Tove Elsa Nilsson, is a pretty singer from Stockholm, Sweden. She first started in a math rock band called Tremblebee when she was in high school. She turned to pop music after the dissolution of her band, and grew musically in her country before blessing the whole world.

After her EP called “Truth Serum” (2014), she became really popular. Especially when “The Chainsmokers” remixed her song “Habits (stay high)”. So she finally dropped her first album, “Queen of Clouds” which was huge hit. Around all of this success, she got to collaborate with many artists: Flume, Nick Jonas, Years and Years,… And also on movie soundtracks such as The Divergent series.

I randomly discovered her in 2014 when I got lost on Spotify the way you can get lost on YouTube. I listened to the real version of “Habits (Stay high)” and fell in love immediately. I loved the way she could make electro pop sound so natural and pure. You can just listen to it here.

Tove Lo is part of this new chicks in the industry that are so raw in their words. In Lady Wood, just like in “Queen of Clouds”, she’s so unapologetic about everything that makes her unique. Her qualities, her thoughts, her flaws, her darkness and her sexuality is just right there for you to see. What made me dig her whole world is that, unlike other glossy pretty in pink female in the industry, she’s not afraid to go to far in everything to make it more real. Some people might see it as rude, inappropriate but really, most women knows that it’s really how women things. Spotify promoted her album as “Her most honest music yet!” And I couldn’t put it into better words.

“Cool girl” was the first single of the album. The song that was inspired by the movie “Gone Girl” had immediately a lot of success. Without loosing her electro pop beat, she showed herself as free girl, free from any kind of ties or labels, basically a girl in heaven. She even got to direct the clip and it’s pretty cool!

I haven’t got to see her on stage but, since Tove Lo is magic, she’s doing a European Tour in February which, of course I’m not missing. Be there or be square !

Listen to the album 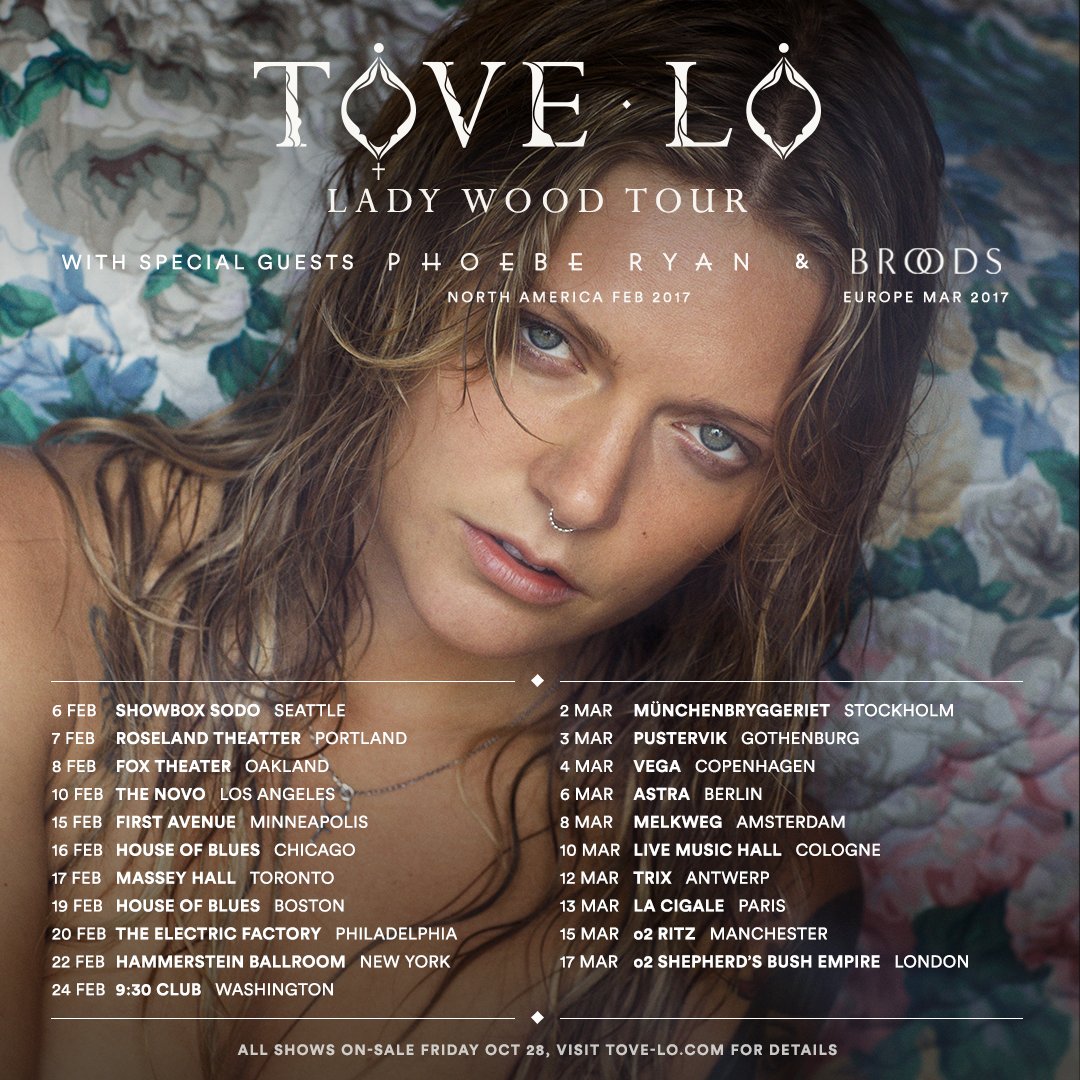 4 thoughts on “Lady Wood is officially a thing”