After “Okja”, “To The Bone” is the second Netflix original movie presented at the Cannes Festival. Plenty of critics (probably the same as 13RW) described it as dangerous because “it glorified anorexia”. I wanted to make my opinion after watching it myself and there it is. (and the title spoiled it).

“To The Bone” follow the life of Ellen, a 20 years old artist who suffers severe anorexia. Played by the ever so beautiful, Lily Collins, the movie was directed by Marti Noxon who worked as a writer and producer of “Buffy the Vampire Slayer”. Those two queens both also struggled with eating disorder which makes them adequate to portray this movie as it should. And, honestly, the result is breathtaking. 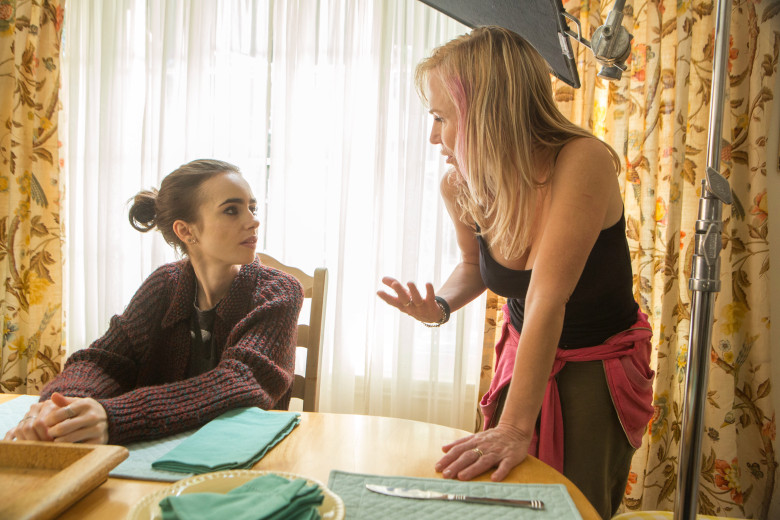 Just like when I watched 13 Reasons Why, I felt educated a bit in the end. This time, it was about something I knew to be a disease but I didn’t realize how much I don’t get it until I saw it. And what made it so different from any other anorexia movie is that it was very uncomfortable to watch. Although we follow Ellen in every scenes, we’re stuck in a limbo position where we witness her suffering just like her family but we also live it with her. We can see her starving herself to death, knowing that she’s absolutely not suicidal, leaving us completely helpless about it. Unlike Hannah Baker’s situation, this is a case where a person who actually want to have a life is stuck in a mental state where she’s actually killing herself.

To respond to all those critics: NO, “To The Bone” doesn’t glamorize anorexia. It describes it. It explains it the way it needs to be explained. Which is honestly. If anything, everything we were watching before was glamorizing it. And seeing Lily Collins this thin on camera isn’t going to make anyone be like this. I have a huge girl crush on that girl but seeing her so fragile, there was nothing beautiful about it. And I know there’s some websites that glorify those manners and they will probably use stills from the movie in their website, but if it wasn’t they would use other things. Avoiding this subject is avoiding the problem. And we can’t be entertaining that behavior in 2017, it’s ridiculous.

My only regret about it is really the short storyline a movie allows. I think we would have had a better impact if it was a mini-serie as it give a bigger platform for education. But maybe, this will give people ideas. The bottom line is that now the subject is up for discussion.

Take a night off, watch the movie, educate yourself.