If you love yourself some good alternative rock band, you’re probably already in love with Wolf Alice. If you don’t know them, let me bring some good music to your ears. (You’re welcome) 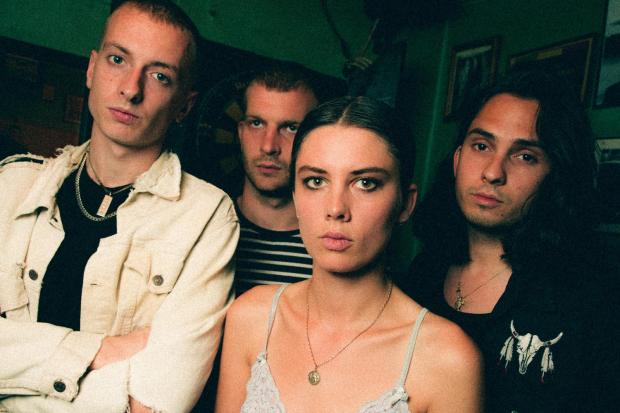 For those who don’t know them, Wolf Alice is a rock band from North London formed by Ellie Rowsell (lead singer, guitar), Joff Odie (guitars, vocals), Theo Ellis (bass) and Joel Amey (drums, vocals). Although they started it out pretty folk-ish, they became more rock inclined with time.

I discovered Wolf Alice after their debut album, “My Love Is Cool” came out. And while I was listening to it, I felt like I was in an episode of “One Tree Hill” (circa season 3 aka, best season). The whole thing pulled me back in my music taste from when I was 15 years old. Basically, I was only listening to rock music (unless I was feeling happier, it was pop rock). And the excitement people had about the album was at the image of my own: there’s not one song that made me frown, and I wanted to see every one of them live. When an album is this good, it’s basically impossible to make another album this good. But guess what? They did. Their second and latest album, “Visions of Life” is, objectively, a master piece. I cannot explain what songs is the best, since, somehow, they all are. But even the order of the songs makes sense like the colors on a Impressionist painting. Some people won’t like this comparison but it’s my opinion (and my blog), but the way album is build reminds me of a 1975 album where you’re not sure when the song changed but… you know.

Obviously, such good music and such great talent made me want to witness it live (and so I did). I got the chance to see them first row in Brussels and I felt very blessed. It’s not hard to explain, they’re all naturals. It doesn’t take much effort for them to recreate the magic of their album live. In about seconds, I was overwhelmed with everything and felt emotionally tired after the show.

Anyway, if you don’t know what to listen, do yourself a favor, go on Spotify or Apple Music or Tidal and binge listen to them.

(your girl with Ellie, enjoy the last time you see my face on this blog)

One thought on “Mood of the season : Beautiful, unconventional, Wolf Alice”