31 May 20189 December 2020
I woke up super early on Sunday and stayed in bed to watch Beyonce hit the Coachella stage. This is the second draft article I’ve been hiding.

If you haven’t heard all about it, then you must live under a rock. The infamous star-filled festival, Coachella, hit the Californian desert. With its amazing lineup and most amazing attenders (every celebrity under 30 you can think of and a lot of over 30 that are extremely cool). Every year, every person who’s not there are jealous and the lucky ones who went are 1000x more active on Instagram making the others even more jealous… you get the deal.

This year, the lineup was bright especially for one particular name: her Majesty Queen Beyoncé Giselle of the House Knowles-Carter, First of Her name, the Unmatched, Destroyer of Snatched Wigs, Lady of the Third Ward and Iconic Performances, Khaleesi of Black Girl Magic, Breaker of Records and Mother of the Hive. (Copyright to @oluwablk on Twitter). In a sentence, Beyoncé was there. And since she’s the symbol of today’s pop culture, everyone was talking about it. Why? Because, Beyoncé is known to give the best performance and, as expected, it was out of this world kind of amazing. 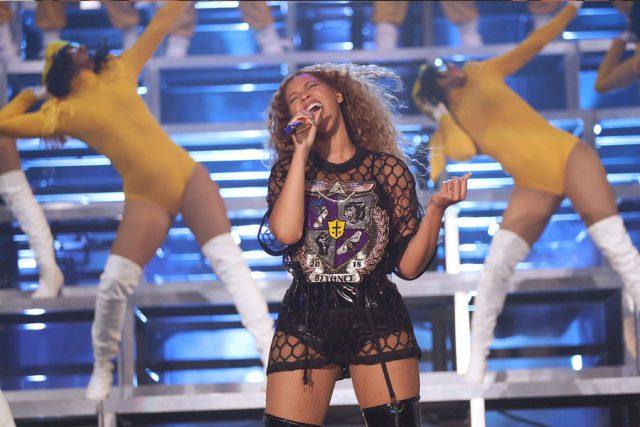 Everybody knows that Carter family (Beyoncé & Jay-Z) are strongly implicated in the Black Lives Matter movement. They’ve donated a lot of money to families who are struggling to the White oppression the US is guilty for. Recently, Jay even invested in an app that would help people find a way to finance legal expenses of black people. Long story short, this is something that has been very strong to their heart. That’s why Beyoncé felt the need to empower black woman when she released Flawless in her self titled album and Black people in general in her album Lemonade.
Every element of black excellence was on stage:  she had a black female band, a black filled orchestra, black drummers with an “s”, black dancers. Even her outfit, made by the amazing designer of Balmain, Olivier Roustaing, who’s black, had a lot of black culture reference (Queen Nefertiti, Black Panther, Black Bee and a fist up ). Basically, she’s just unapologetically black and as a black woman, I felt empowered. If that’s how white women felt all along, it must be nice.

But the main reason why Beyoncé is so loved and respected is because she understands the power of representation. She’s not the first black female to be successful, she’s also not the first black female to empower other black women. But in a world where black women are clearly the most underappreciated woman in the industry, someone with her stature and her platform is a reminder for the rest of us that we’re the shit.