I was one of those girl who went to see Black Panther the day it came out. I was surrounded by black beauties from left and right and celebrating my mother land that I don’t know well enough, Africa. The movie itself was, to me, one of the (if not the) best Marvel movie ever and probably the movie of the year.

(There are some SPOILERS … and my opinion is my opinion)

On Valentine’s Day, the last chapter of FSOG series, Fifty Shades Freed, came out but nobody cared. Not just because everyone who read the books knew that it wasn’t worth it. And it didn’t have anything to do with the fact that anyone with an actual respectable cinematographic taste, after seeing the first two, wouldn’t pay 10€, 2 hours of their lives and some nachos to see this. And it was because they went to see /the/ movie everyone was actually waiting for. The one that broke all ratings this year (After Infinity War). The movie that has been hyped like never before: Black Panther.

So, obviously, as a person with an actual respectable cinematographic taste and a single lady, I spent Valentine’s day at the BOZAR in Brussels to see Black Panther I won’t mention how happy I was to freely express how beautiful every men on screen were without any boyfriend to offend. And I also won’t mention every beautiful fashion masterpiece I encountered cause this is a blog and not a novel. But I need to explain why, to me, this was much more than another superhero movie, or an actual African superhero movie.

For those who live under a rock, Black Panther takes place after « Captain America: Civil War » where the king of fictional African country, Wakanda, is murdered during a summet. In the movie, his son, T’Challa, officially becomes the king and the Black Panther. However, a vengeful outsider, Erik Killmonger, challenges his claim to throne.

The message of this story resonated in the ears of every black person, whether they are African american, born and raised Africans or from immigrant’s parents. Because, deep down, we all feel like Wakanda resonates with our deepest dream. This fictional African country is set to be the most advanced country in terms of technology in the world, thanks to the vibranium on their soil (Strongest element on earth, also base of the Captain America shield). But it’s also the only country in Africa that wasn’t colonized. It’s no secret today that Africa’s soil is the richest on Earth. If Africans were to truly own and sell that wealth at right price to Western Countries and the wealth was distributed fairly to every workers, Africa wouldn’t know poverty. To make it short, if Africa was truly and only lead by Africans that work together as a continent, found a way to first serve their own people and second the whole continent, the result would look a lot like Wakanda.

So, basically, Wakanda is the country any African’s would write if they could rewrite their country’s history and also, its future if they reached their goal. Wakanda is Africa if she was truly free (or when she’ll be truly free, let’s be optimistic).

The responsibilities of African Elite

It would’ve been easy for Black Panther to go for a white antagonist to show the responsibilities of colonialism in African’s misery. But no conflicts are that easy. Everything isn’t black and white (pun intended). Erik Killmonger is the perfect antagonist because there are some truth in his claim. 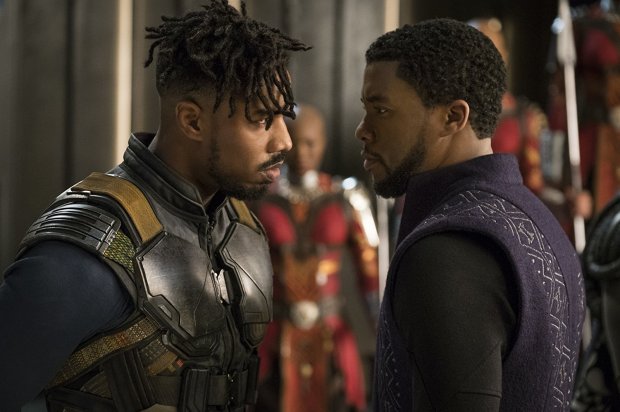 In the story, he’s also Wakandan and of royal blood (His father was the brother of King T’Chaka, so the direct cousin of T’Challa). But, after T’chaka killed his brother, he left baby Erik as an orphan in America.

Killmonger’s father had worked to illegally import some vibranium to help black people in America fight back against the constant attacks they’re into. Therefore, his son sacrificed everything to continue his father’s work. Completely consumed by rage, he wanted to arm every black people in need so they could fight back. This goes against what Wakanda stand for since the land made a deal with colonizers: They would leave Wakanda alone while, in exchange, Wakanda would turn a blind eye to their crimes in other African countries. Pretty messed up, right ?

Well, this line resonates with real life subjects. It has been proven in history that some African rulers allowed some crimes, thefts and other atrocities from former colonizers in exchange of some personal gains. And, despite what you might read in the papers and what might be advertised to you, it’s still very true today. This is one of the many mechanism of neo-colonialism. The truth is, as long as some African rulers works at the advantage of Western countries, they’ll have everything they want such as a life long reign and money to swim in. Those people that value their personal gains more than the lives of those who depend on them are just as guilty. This is why Killmonger is angry and, as much as I do not agree with his ways, I agree with his stand.

We won’t say it loud enough, representation matter. Especially in universe such as Disney and Marvel that have a lot of success in children interest. I didn’t grew up with a lot prof black superhero to look up to (I haven’t read comics, I just watched anime and movies). And in my youth, there was only Storm. With Black Panther on the map, I see children nowadays that embrace better their blackness and origins than I did before. And one cannot be more thankful for that.